In ancient times, what is now Yemen was given the name Arabia Felix — or “Happy Arabia” — by the Romans. But in modern times, it has enjoyed such a description in title only. In recent decades, Yemen has become known as one of the poorest countries in the world: the homeland of extremists, racked by conflict under the 33-year dictatorial rule of President Ali Abdullah Saleh.

When the Arab uprisings began, Yemenis saw a new chance to continue their struggle toward a more democratic state. For years, Yemenis have been politically active in the streets, from the political campaigns of the Joint Meeting Parties (JMP) during the presidential elections in 2006 to the southern movement rallies in 2007.  But as other Arab rulers felt the spring wind in their windows, Saleh tried to temper it by announcing a dose of reforms right off the bat. Some were entirely unrealistic — like announcing 65,000 new jobs for Yemeni youth in one night. After the Yemeni Parliament began the year by passing new legislation allowing Saleh to run for the presidency ad infinitum, Saleh announced his three famous “No’s” a month later: no presidency forever, no running for elections again and no inherited presidency, meaning that his son, who was being groomed for succession, and who is the leader of the Republican Guard, will not succeed his father.

Saleh’s concessions failed to appease those itching for immediate change, however, and February 3 witnessed the first massive demonstrations. Taking place in more than 17 governates, the protests organized by the JMP called for political and economic reforms and a fair distribution of wealth. Up until this point, demands for Saleh to step down had not been made. The JMP called an end to the demonstrations but groups of young people remained in Sanaa’s squares demanding Saleh’s departure. These unknown youth were the catalyst of Yemen’s continuous uprisings for the next nine months.

The point of no return came on March 18, when the security forces’ snipers opened fire on protesters, killing more than 50 and injuring hundreds. The first massacre of its kind in Yemen was a turning point for the uprisings; a wave of resignations by senior military and government officials ensued. The First Armored Division of the military, a powerful segment of the army, declared their support of the uprisings, thus providing their influence on the side of the protesters, but also complicating future agreements.  With the tide seemingly having turned, most thought Saleh was in his last days, if not hours, in power. However, due to an international cardiopulmonary resuscitation, especially at the hand of Saudi Arabia, eight months passed without a transition of power. No sanctions were imposed on the regime and, at the beginning of June when Saleh was injured after his presidential mosque was bombed, the Saudis provided three-month sanctuary to the embattled dictator before his eventual return.

Each day of delay was to the detriment of regular Yemenis; with limited electricity and skyrocketing prices, the humanitarian situation became catastrophic. Violence broke out in many governates, including clashes between government forces and tribal leaders in the capital and escalating violence between government forces and extremists in the Abyan governate. With the situation deteriorating drastically, the international community slowly ratcheted up pressure. Even if Saleh was “the man” when it came to fighting Al Qaeda, it was clear his brand of “stability” was no longer sustainable.

On October 21, the United Nations Security Council passed a resolution urging Saleh to sign a power transfer deal proposed earlier by the Gulf Cooperation Council. One month later, on November 23, given one final ultimatum by the Security Council, Saleh signed the plan whereby he will remain honorary president but will delegate his powers to his deputy, Abd-Rabbu Mansour al-Hadi. Under the plan, the latter will work to form a new government with the opposition, with elections intended within three months.

Such a signing was received by the majority as a victory and a new page in the history of Yemen, though the reality is that in Yemeni politics, signatures are much easier to put on paper than they are to abide by. However, it seems that, after a full nine-month term, change of some sort has been born out of Yemen’s uprisings. But as the Arab uprisings have made clear, the fall of a dictator is only the start of a revolution. 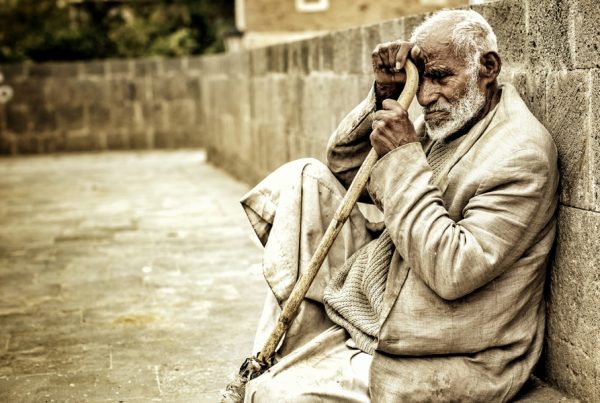