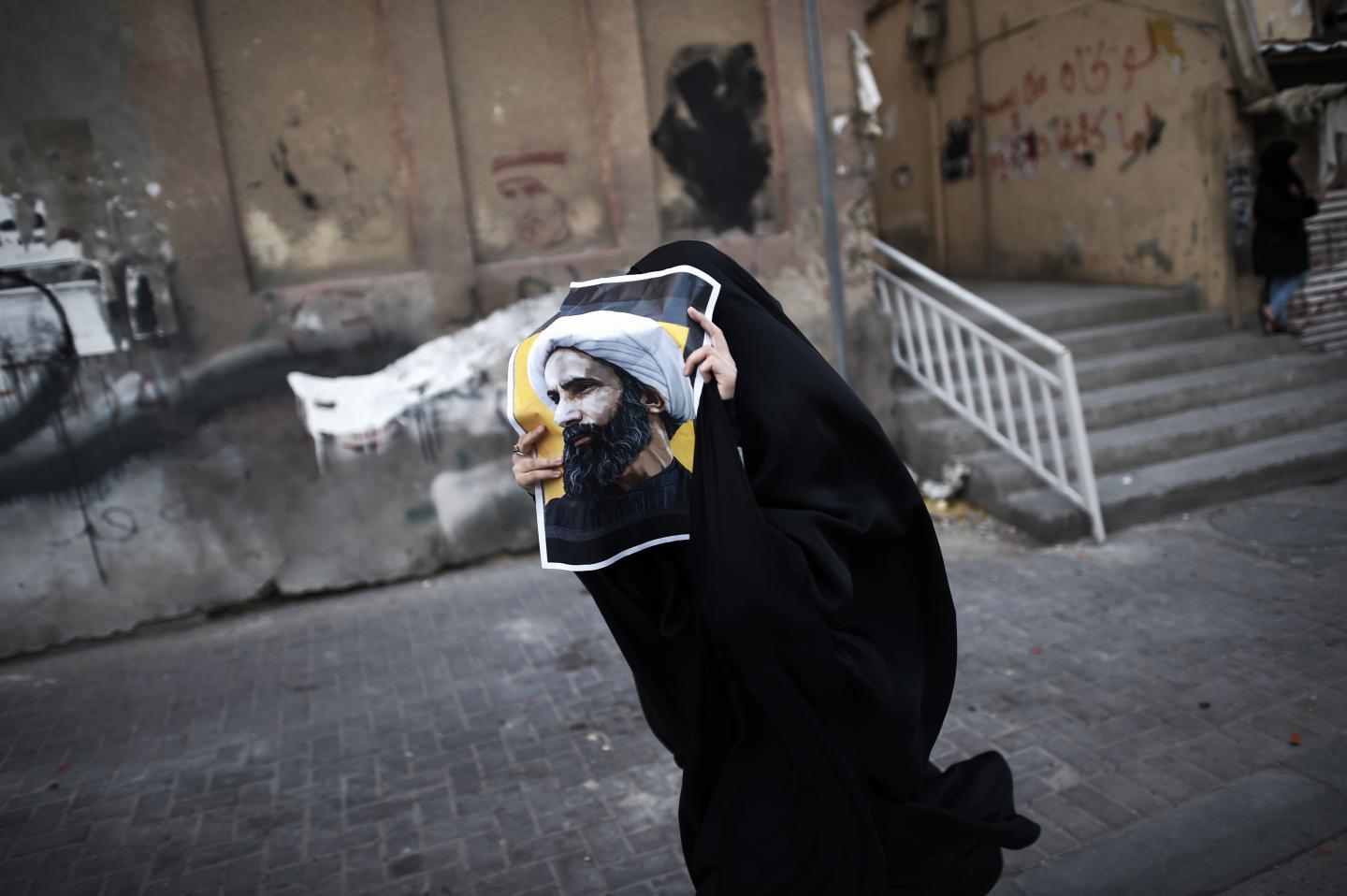 The recent tit-for-tat clashes across the Middle East have made the first days of 2016 seem a lot like 1979. That was the year Ayatollah Ruhollah Khomeini led Iran’s transformation from an autocratic state ruled by the Shah into the Islamic Republic. Violence wracked the region in the immediate aftermath of the changeover. Mobs overran embassies, and Sunni Arab governments swore to turn their backs on the new theocratic regime in Tehran. Oil-rich despots throughout the region poured money and weapons into proxy conflicts all over the Middle East, unleashing a wave of destabilizing, sectarian violence that eventually died down but never went away.

The event that turned back the clock and made an already roiling situation boil over took place on January 2, when Saudi Arabia killed a dissident Shiite cleric, Nimr al-Nimr, in a mass execution of 47 people. Iranian mobs attacked Saudi Arabia’s diplomatic missions in Tehran and Mashhad. A flurry of escalations followed: bombings in Yemen, diplomatic relations severed, promises of retaliation by both Riyadh and Tehran.

Although they’re an alarming throwback to 1979, these incidents are just the most recent round in a long, destructive struggle between two powers apparently set on pulling the entire region into a struggle between a Sunni bloc and a Shiite crescent. Both are seeking a winner-takes-all victory. “All the sectarian rhetoric is becoming a self-fulfilling prophecy for these regimes who love to play the sectarian card,” says Farea al-Muslimi, a Yemen analyst at the Carnegie Middle East Center in Beirut. “The Saudis feel betrayed, and now they feel like they must do something, even if it’s the wrong thing.”

The two oil-rich theocracies—one Shiite and one Sunni—are vying for regional dominance. The feud between Iran and Saudi Arabia has fueled sectarianism, resulted in an increase in the flow of weapons and funding to extremists, and spawned numerous militant movements.

Neither side shows any sign of backing down. Iran’s supreme leader, Ayatollah Ali Khamenei, promised “divine justice” after al-Nimr was executed. Saudi Arabia’s monarchy, meanwhile, put out the word through allies that “enough is enough” and that it would no longer hesitate to stand up to Iran.

But even more of a threat to the region than this Iran vs. Saudi Arabia contest is the likelihood that the two countries are lashing out at each other not from positions of strength but of weakness—and in their efforts to dominate each other they could cause the entire region to fracture and spin out of control. The two autocracies appear set on ratcheting up their clash, consequences be damned. But it also seems clear that neither Iran nor Saudi Arabia can control the wars, proxy militias and ideological movements their conflict has unleashed. Even if Tehran and Riyadh calm down, the armed groups they have spawned could continue fighting throughout the region.

If there is a single event that sparked this flare-up, it was the 2015 Iranian nuclear deal, which saw Iran agree to dismantle its nuclear program in exchange for the lifting of sanctions. The agreement was clearly good for global security, but it also dramatically changed the region. Saudi Arabia, which views itself as the Sunni world’s banker, oil baron and spiritual chief, felt abandoned by its most important ally, the United States, widening a rift that opened in 2011 when Washington supported popular uprisings against Arab tyrants during the Arab Spring.

When the Obama administration was pursuing its nuclear accord with Iran, Saudi Arabia felt betrayed, and now the U.S. was preparing to help the Saudis’ biggest regional rival by lifting sanctions. At almost the same time, oil from fracking and other sources has made the U.S. a major oil state, no longer directly dependent on Middle Eastern—particularly Saudi—oil.

King Salman, Saudi Arabia’s new monarch, took an uncharacteristically confrontational approach with the U.S. His inner circle lobbied against the Iran deal, and in March—over strenuous American objections—Saudi Arabia launched a massive assault on Iranian-backed rebels in Yemen. By the time the nuclear deal was inked in July, the Saudis were dangerously close to a rupture with Washington.

Some Western diplomats said the Saudis’ decision to execute al-Nimr—when they knew full well it would antagonize Iran (and the U.S., among others)—seemed specifically designed to thwart the major Syrian peace conference scheduled for January 25 in Geneva. Peace talks without Saudi Arabia and Iran, powerful backers of opposing sides in the war, would be a waste of time.

Saudi Arabia’s bellicose maneuvers have strained its relationship with Washington. U.S. diplomats and security officials say they are angry about citizens of Saudi Arabia and other Gulf countries financially backing jihadis in Syria, Libya and elsewhere in the region.

But the Saudi royal family, if it is to survive, must keep the country’s powerful extremist Sunni (or Wahhabite) clerical establishment on its side. That means that the monarchy wants to persuade Washington that Saudi Arabia is a firm counterterrorism ally while demonstrating to its subjects at home that it will protect the conservative religious core of the Wahhabi sect.

The execution of the Shiite cleric was “local politics,” says one Arab analyst who works closely with the Saudi government and spoke on condition of anonymity because he didn’t want to anger officials. “They don’t want to lose more support to ISIS, so they need to show they can be more hard-line than ISIS. That’s why they killed Sheikh Nimr.”

The execution was also a way for Saudi Arabia to block what it sees as Iranian ascendance. After almost five years of stalemate in Syria, President Bashar al-Assad’s regime has been winning back territory, thanks to significant military support from Tehran and Moscow. Iraq, a Shiite-majority neighbor, has also become an Iranian ally. In Lebanon, the Iranian-backed Shiite militant group Hezbollah is stronger than ever, and the nuclear deal with the U.S. and other world powers will greatly boost Iran’s revenues and reintegrate the Islamic Republic into the global economy and the international community.

But a closer look suggests all is not so rosy for Iran. Abroad, it has lost much of the support and soft power it cultivated directly after its 1978-1979 revolution. In the mid-2000s, Iran’s so-called axis of resistance—an informal coalition of Iran, Syria, Hezbollah and the Sunni-dominated group Hamas—enjoyed widespread popularity among Sunni and Shiite Muslims.

Today, polls show that Iran’s popularity in an increasingly polarized region has evaporated. Like Saudi Arabia, with its backing of rebels in Syria and its military campaign to support the government in Yemen, Iran has overreached and become inextricably involved in wars that are unlikely to have an outright victor. Hezbollah openly took sides with the Assad regime and has lost its Pan-Arab luster.

And Iran, despite the considerable resources of its expeditionary Quds force and the fearsome reputation of its commander, General Qassem Soleimani, has been unable to guarantee the survival of the Syrian regime, in spite of the recent military successes of Assad’s forces and their allies. In Yemen, the side Iran supports, the Houthis, is steadily losing ground in the face of the Saudi-led assault.

“Iran and Saudi Arabia have managed to establish a mutually destructive cycle of conflict in which both sides are damaging their future regional position,” says Michael Hanna, a senior fellow at the Century Foundation and co-author of a recent article titled “The Limits of Iranian Power” in the journal Survival: Global Politics and Strategy.

“While most assume that Iran is much better positioned, it is much more isolated than is generally recognized,” says Hanna, who argues that Iran’s alliances are under extreme strain. “Its soft power in a majority Sunni Arab world has collapsed, and it is now limited to exercising hard power in sectarian conflicts.”

Whatever happens in this round of the Saudi-Iranian rivalry, things promise to get worse, not better. “The policies of the Saudi regime will have a domino effect, and they will be buried under the avalanche they have created,” said Iranian Revolutionary Guards Brigadier General Hossein Salami on January 7, according to Iran’s state-run Press TV. “If the Al-Saud regime does not correct this path, it will collapse in the near future.”

Both sides frame their competition more and more in absolutist, sectarian terms, and both sides have proved less and less able to manage the endless crises in the region. Iran and Saudi Arabia are doubling down on a war neither can win.

This article was published on the Newsweek