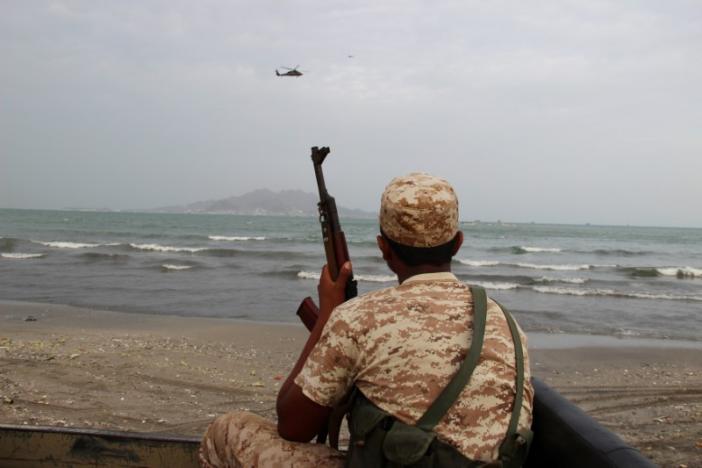 Young men mangled in an explosion cling to life, motionless amid the chaos of a crowded hospital in Yemen’s main southern city of Aden.

Having bandaged them, doctor Ahmed al-Garba shoves past fighters with rifles dangling at their sides and moves on to other patients.

“We treat soldiers with war wounds from bullets and bombs, even al Qaeda fighters. We don’t ask people who they fight for when we treat them,” Garba said.

Such scenes are repeated daily in Gumhuriya Hospital, evidence of a stalemated and increasingly messy war that offers no clear path to victory for Gulf Arab states hosting U.S. President Donald Trump this weekend.

The mostly Gulf Arab coalition, led by Saudi Arabia and backed by U.S. arms and intelligence, has waged a nearly two-year-old campaign on behalf of Yemen’s internationally recognized government, which the Houthi movement – allied with Saudi’s arch-foe Iran – is battling to dislodge.

Trump has signaled a tough new line on Tehran by choosing Riyadh for his first visit abroad.

But the Yemeni government’s authority is fast eroding and, though nominally based in Aden, it resides mostly in Riyadh to avoid incessant bombings by Islamist militant groups al Qaeda and Islamic State.

Meanwhile the hospital scenes of children shriveled by hunger and men writhing from shrapnel wounds suggest the cost of the war in terms of human suffering is growing.

More than 10,000 people have died, 19 of the country’s 28 million people need some form of aid, famine looms and the breakdown of the health system sparked a cholera outbreak that has killed nearly 200 people in less than three weeks.

Washington is considering stepping up the non-lethal support, such as intelligence, it already offers the coalition in Yemen, U.S. officials have said – reversing a policy by predecessor Barack Obama who limited the U.S. role due to mounting civilian deaths.

But a U.S. raid on al Qaeda authorized by Trump in January which led to the death of a Navy SEAL and up to 12 civilians may have curbed his taste for further interventions, and Gulf Arab allies may for now be contented with the mere expression of continued U.S. approval of the war effort.

“At this point they may not be looking for any bigger U.S. military role… Just not complaining or pressuring them to wrap the war up would be the kind of thing Trump is likely to do and the Gulf states want,” said Farea al-Muslimi, an analyst at the Sanaa Centre for Strategic Studies.

But time could be running out for the coalition to break the stalemate and advance on the Houthi-held capital Sanaa.

Militiamen and gunmen roam the streets of Aden, where the writ of President Abdu-Rabbu Mansour Hadi holds less authority than ever.

Hadi’s position, and the justification of his backers for intervening in Yemen at all, suffered a setback this month when he sacked Aden’s popular governor Aidaroos al-Zubaidi.

Zubaidi promptly set up a political council aimed at achieving independence for a southern Yemeni state, leaving Hadi caught in a power struggle with armed secessionists.

Southern fighters not only control most of the lands wrested back from the Houthis in the war, but are a key element of a coalition-backed offensive northward toward Sanaa.

Faisal al-Salmi, a southern soldier who rides a pickup truck mounted with a machine gun near the frontlines, said the U.S. must eventually back his side in the internal southern power struggle if it wanted to defeat terrorism and Iran.

“We hope for a U.S. stance which gives political and military support to the southerner movement as it fights terrorism,” Salmi told Reuters. “Ignoring or holding off on supporting the southern cause will only delay the war.”