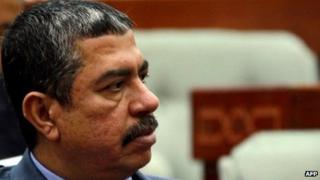 The Yemeni prime minister has asked people on Facebook to nominate ministers for his new cabinet. The idea has received a mixed reception.

His page published a post on 1 November asking its 33,000 followers to suggest names for the new national unity government. In the last few days it has garnered more than 13,000 comments, and prompted a debate about using social media to help form a new government.

Thousands of names have been suggested, and many lauded the move. One comment read: “I believe you are the first PM in the world to ask people’s opinion when forming a technocratic government and this will enforce their trust in you because you included them in making the decision-making process.” Prominent Yemeni activist, Farea Al Muslimi, who is usually critical of the government, supports the idea. “Yemeni politicians and policy makers are usually hiding behind walls and only show up when they are in crisis and not when they are planning and need ideas” he tells BBC Trending.

Some saw humour in the post. One user suggested having a “Yemeni Idol” to pick the ministers by popular vote, and another asked jokingly: “Can you import a ready-formed government from China?”

But others thought the plan was absurd. One wrote: “It seems you’re already lost. As a Prime Minister you should have a vision of what you are trying to achieve… we want a government that will take responsibility.” Another said Bahah was running away from his responsibility, and wondered how representative the survey was given that there are less than 800,000 Yemenis on Facebook, from a population of 24 million.

This will be the first government to take office after the recent political crisis in Yemen, following the decision to lift fuel subsidies in August. The crisis had sparked armed confrontations inside the capital and led to the resignation of Prime Minister Mohamed Basindowa.

This article was published on BBC