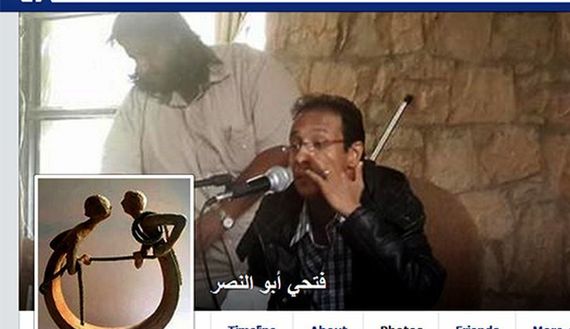 Yemen Through My Eyes

The Yemeni people are among the best at social networking. They can spend four to eight hours chewing qat, a mildly narcotic plant, and chatting about almost everything. Politics gets the lion’s share of their discussions. In fact, official working hours usually end at one in the afternoon, and there are no major activities they can do after work. Chewing qat has become a daily habit for millions of Yemenis, and it is an activity that requires sitting in a closed room.

These social discussions, however, have started to dwindle during the past couple of years. Participants in these debates are now tied to a virtual world, outside the room they are sitting in.

“Excuse me. I need to go to the nearest Internet cafe so I can communicate with you,” a guy jokingly told his friends busy surfing the Internet on their computers and mobile phones, without paying attention to the people around them. Social networking sites (mainly Facebook) are probably among the most visited websites in Yemen. The Facebook page for the author Fathi Abu al-Nasr shows that the time lapse between one comment and the next is often as short as two hours, probably reflecting the author’s short naps in the “real world.”

Given that Yemeni society is a closed, patriarchal society — aside from a few exceptions — nicknames and fake accounts on Facebook are widespread. Some boys and girls create nicknames for the sake of fun, to avoid any social constraints. Others create fake accounts to trick their friends into thinking that they are chatting with beautiful girls, who often end up being their male friends sitting next to them. The pranksters then reveal their true identity. They trick their friends for the sake of fun, and for the sake of revealing their friends’ personalities — hiding under the guise of socially committed men.

This is the innocent side of the use of social networking sites. As for practical use, its pace has dramatically increased after the events of the Arab Spring that started in 2011. Members of political groups and parties have engaged in propaganda and counter-propaganda campaigns, spreading scandals involving rival parties and tricking them. The users sometimes spread fanatical ideas, which could lead to further deepening social division and increasing the ideological and territorial alignment that has negative effects on the “real world.”

On the other hand, there is online activity on the part of civil groups aimed at promoting campaigns that challenge certain political phenomena and decisions. The latter include things such as qat chewing, the marriage of underage girls, the dissemination of false news, corruption and bad government decisions. Some of these decisions have been stopped through spontaneous campaigns started on Facebook.

Moreover, charity work aimed at serving needy groups is also present in the virtual world, through donation campaigns to help the sick or needy, even if these campaigns are limited to actual friends in the real world.

In Yemen, Twitter has thus far failed to compete with Facebook, as it offers little space for open group conversations. Furthermore, tweets have a limited number of characters, and Twitter debates are semi-elitist. However, Twitter is more commonly used by multilingual Yemenis to communicate with the outside world and to follow up on foreign developments. Yet still, it has not yet turned into a social phenomenon like Facebook. Participants in qat-chewings can spend long hours discussing Facebook comments and posts made by their friends, prominent media elites or public figures on Facebook.

It should be noted that there were power cuts during the past few days and weeks, and that sometimes electricity was only provided for less than two hours at a time, thus hindering any activity that requires electricity. Add to this the very slow Internet speed in Yemen and the high fees compared to the country’s per capita GDP.

These power cuts have made Internet users enraged at the government and its performance, amid criticism that half of the government’s members are abroad for the Eid al-Adha vacation (Oct. 13-21). This prompted Prime Minister Mohammed Basindawa’s office to justify his trip to Germany to the public by saying that it was for treatment, not relaxation. The frequent reactions of the online community about the behavior of the government have probably prompted the government to have an unusually positive reaction, because it typically does not care about justifying its mistakes to the people.

Moreover, citizens feel that they can hold discussions with the highest political figures by simply liking their Facebook page. Most party leaders have personal accounts on Facebook, and these accounts are sometimes deemed sources for newspapers to publish stories the following day.

Meanwhile, the conflicts of the real world have extended to the virtual world. Supporters of former President Ali Abdullah Saleh, for example — besides liking and sharing his page — make negative comments on the pages about his opponents, and vice versa.

Furthermore, Facebook has become an option for journalists and writers who do not want to publish their writings in newspapers or on websites, or those who simply want to hear readers’ comments on their pieces without having them filtered or edited by newspapers. Many of the writings of the prominent legal expert Hael Salam, or Fathi Abu al-Nasr, for example, are stories taken from their personal Facebook pages that are republished by newspapers.

In the past three years, some researchers have been using their friends’ pages to spread their posts on Facebook. This shows that people are increasingly benefiting from social networking sites, whose temptations can sometimes constitute a disadvantage and a waste of time. Many employees get to work late after staying up late to exchange comments on Facebook, especially if these comments revolve around an issue of intellectual disagreement where remaining silent is deemed as recognizing the validity of the other comment.

As far as the privacy of conservative Yemeni society is concerned, Facebook posts made by females overlap with those made by men. They all share their views about topics without the barriers imposed in the real world.

Today, there are more veiled women in the rural areas of Yemen than there were at the start of the new millenium. In the past, it was common to see women and girls wearing colorful traditional clothing on farms outside the home. But with the boom of mobile phones — which reached as far as the rural areas — some families started to force girls and women to wear the full face veil, on the grounds that there are phones equipped with cameras that could take pictures of unveiled women in the fields and mountains. If this were to occur, it could be a social disaster that might lead to negative consequences.

Frighteningly and ironically enough, Yemen’s rural areas’ connection with the outside world through mobile phones has come to constitute another cause for the veiling of women and getting them to take a step backwards. Social networking sites can also constitute a “veil” — albeit of another kind and for broader social groups. Thus, is it possible for the “bridge of communication” represented by the virtual world to turn into a new “separation wall” in Yemen?

The answer to this question will unfold in the coming years. 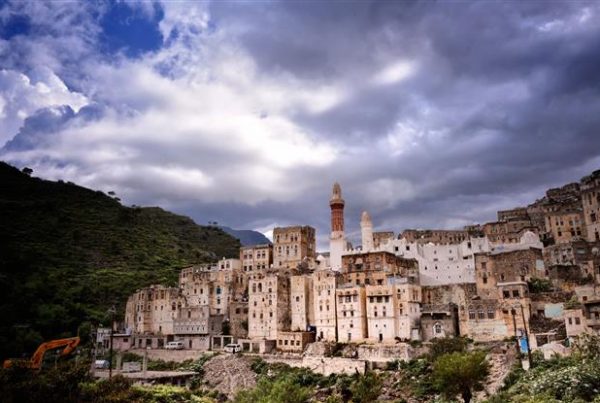 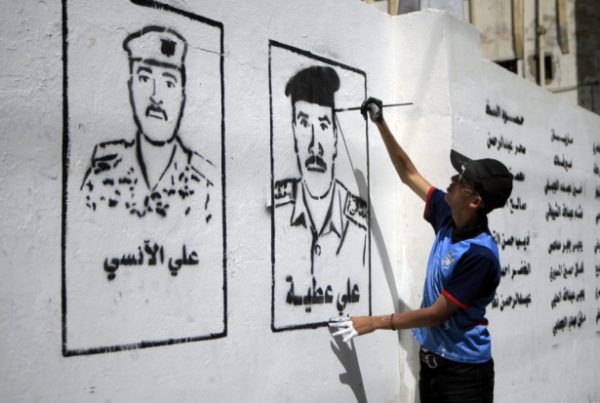