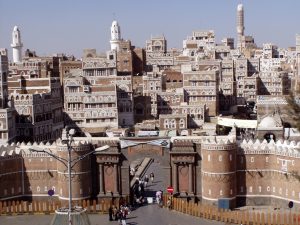 Yemen is a country in the Middle East region that is currently surrounded by war-torn countries. The country has had its part in struggles as it is home to the Houthi rebels that are terrorizing neighboring Saudi Arabia. At the moment, residents of one dusty town in the region are struggling with famine. However, these residents have been offered an opportunity to buy food that they have never seen before. This include ice cream, hamburgers, and pizza. This seems like a special town that has emerged as others have been reduced to piles of rubble by combat operations and air strikes. This small town is still thriving despite being located in a war-torn region. The town still has cinder-block factories, and its neighborhoods are still rising from the sand. Despite the grave humanitarian crisis that has befallen Yemen, Marib has emerged as a bright spot for the nation. The local government of the Marib province has resulted in using its share of oil profits to develop the region. This has been helped by tribal politics, and the blows of war have been lessened in the region. As a result, this has created services that cannot be found elsewhere in the region. A new level of security has also been put in place in the area.

The good amenities and security have managed to attract Yemenis fleeing from war. As a result, this happens to be rich people who have brought money to the region. They have bought properties in the area ad they have also started new businesses. Yemen Safer oil company production supervisor Abdul-Razaq Naqib referred to the situation as a success under exceptional circumstances. He further describes the situation using a Yemen saying. He says that the situation is like digging through the rocks using fingers. A group of researchers and journalists touring the town last month said that they saw a town that was struggling for normalcy amid the chaos that had been witnessed elsewhere in the country. The trip had been made possible by Sana Center for Strategic Studies. At the same time, this had to do with a Yemen scholar known as Farea al-Muslimi. The scholar said that it was proving difficult to stop the war at the moment. However, he said that having more conversation about the war would improve the situation. He further said that they are on a mission of taking Yemen to the world and at the same time taking the world to Yemen.

This was originally published by the Chronicle of Week