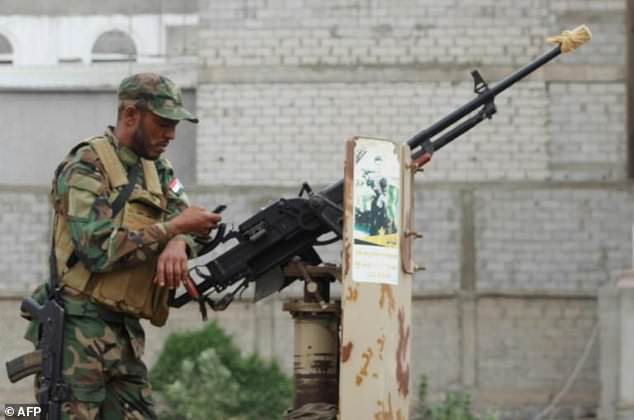 A power-sharing agreement between the Yemeni government and southern separatists is effectively defunct more than two months after it was signed, increasing fears of renewed hostilities.

The deal to resolve a tussle for control in the south, dubbed a “civil war within a civil war”, was hailed as a stepping stone towards ending the wider conflict in Yemen when it was struck in Riyadh last November.

Last August, deadly clashes broke out between the government and the secessionist Southern Transitional Council (STC), which seized control of the southern city of Aden.

Aden had served as the internationally recognised government’s base after it was pushed out of the northern capital Sanaa by the Iran-aligned Huthi rebels in 2014, and its loss represented another humiliation.

While both the government and the STC are technically allies in the long war against the Iran-aligned Huthi rebels, the secessionists believe the south should be an independent state — as it was before forced unification in 1990.

The deal set a timetable for the government’s return to Aden, the appointment of a new head of security and a governor of the city, as well as the formation of a new 24-member cabinet with equal representation for southerners.

Yemen’s Prime Minister Maeen Abdulmalik returned to the city but the two sides have failed to meet the other deadlines which were all to be in place within a month of the signing.

Other parts of the agreement, including placing forces from both sides under the authority of the defence and interior ministries by January 5, have also not been fulfilled.

As both sides look for an exit, they are trading accusations over who is responsible for the failure to enact the accord.

“The agreement has the same problem as any other Yemeni agreement… everyone wants to sign and no one wants to implement,” Muslimi said.

For Elisabeth Kendall, Yemen expert and senior research fellow at Oxford University, the lack of confidence between the two sides is responsible for the failure to implement the agreement in good faith.

“The main challenge is that both sides appear to have entered the agreement grudgingly at the behest of their sponsors,” she said.

They include Saudi Arabia, which supports the government, and the United Arab Emirates which has trained STC forces despite being part of the Saudi-led military coalition backing the government against the Huthi rebels.

“Other major challenges abound, including a total lack of trust between the two parties, impossible deadlines, and clashing interpretations,” she said.

Although the two sides have repeatedly expressed their commitment to the agreement, the lack of tangible results has generated concern that Yemen’s south is headed for new clashes.

“The danger right now is that some kind of trigger event will lead to a renewed STC-government conflict,” said Peter Salisbury, an analyst at the International Crisis Group.

“Clashes are ongoing in southern flashpoints… as those loyal to the government, to the STC — and even to neither — all jockey for position,” she said.

“With the situation on the ground in the south at stalemate… there is little hope left.”

Tens of thousands of people have been killed and millions driven to the brink of famine in Yemen’s war, which erupted between the government and Huthi rebels in 2014, prompting a Saudi-led military intervention.

Around 3.3 million people have been displaced and about 20 million people — more than two-thirds of the population — need help to survive, according to the United Nations which considers it the world’s worst humanitarian crisis.

This article was published on the Daily mail.